Recently, while on an outing with my son Gabriel, we came upon this deer skeleton. Unfortunately, deer laying dead on the roads of North Carolina are an all too often occurrence. Rarely have I seen one in such an advanced state of decay. I find deer to be one of the most beautiful species. In death, this creature gave up to the earth as much as he took. 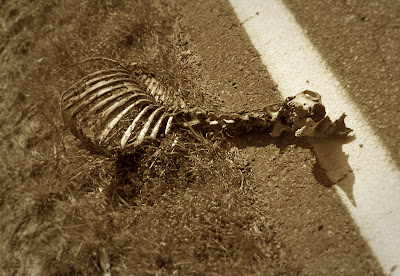 The Island of Dr. Moreau

This isn't exactly the story of an island with human/animal hybrids, but it seems that now, if someone wanted to, they could create a customized human/dog/parakeet/whatever.

What would H.G. Wells say? 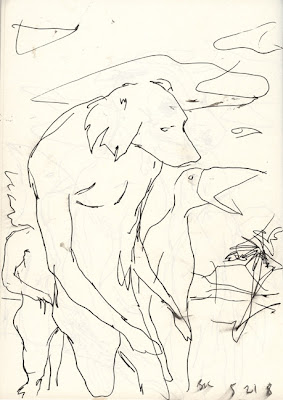 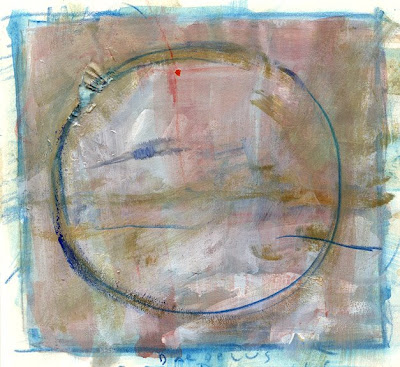 This is a preliminary drawing for a larger painting called Daedalus. I just wrote and then deleted a whole paragraph about what this is about for me, but I felt like I was diminishing the thing before it had even been started.
Posted by Bill Koeb at 2:39 PM No comments:

A watercolor done in late 2007. I like the cubist idea of showing all sides in a single plane, so I tried that a little here, by bringing the ears out to the frontal plane. It would be fun to do a portrait of Picasso or Braque in this manner. 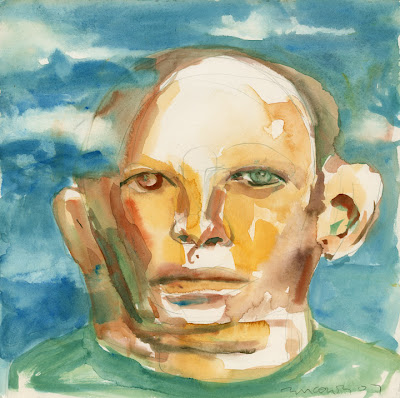 Monotypes of my Dad

These are four monotypes based on an old photo of my father, in Cyan, Magenta, Yellow and Black. (CMYK) 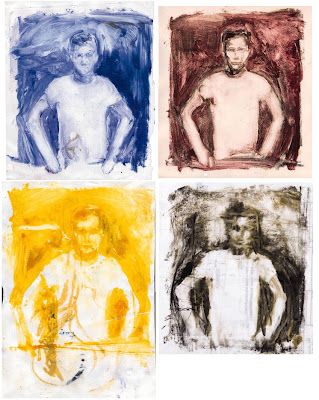 Tens of thousands of people across southwest China remained buried beneath rubble after a massive earthquake that has left thousands dead.

This is the lead in text of the New York Times article on the recent earthquake in China.

Thinking about this and the cyclone that has left tens of thousands missing or dead in Myanmar, and all of the other disasters that have devastated the lives of people across the planet.

Everything else seems trivial in the face of these things. If you know of an organization that is helping people survive these and other tragic events, please give to them.

Bill
Posted by Bill Koeb at 8:34 PM No comments:

This is a pen drawing that I scanned recently and was messing around with in Photoshop. 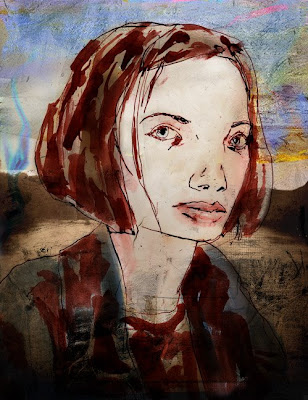 Copyright and the Orphan Works Bill

This is a call to action to anyone who cares about the protection of intellectual property, or, ideas fixed in tangible form, e.g., a painting, sheet music, a book, photos of your kids.

There are two new Orphan Works bills that have been introduced into the house and senate. These are: H.R. 5889 The Orphan Works Act of 2008 and S 2913 The Shawn Bentley Orphan Works Act of 2008. The passage of them will make it easier to infringe on artwork, photographs, stories, anything now protected by copyright laws. If passed, it would mean that any work created would have to have a clear designation of the copyright holder in plain sight. If it is not in plain sight, it could be removed by the infringer, and then they would be able to say that they didn't know who did the work, that it was orphaned.

So, if I made this painting: 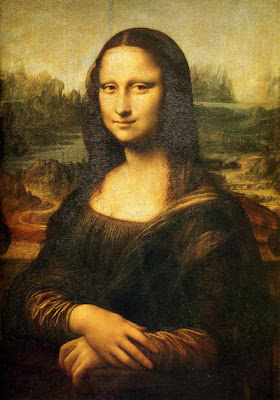 And didn't add this notice to it, 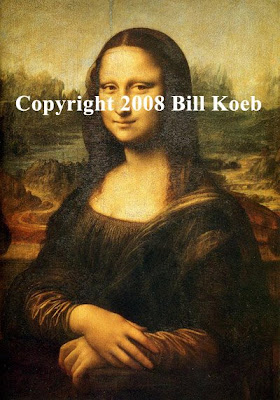 And only added a small notice (see lower right corner) 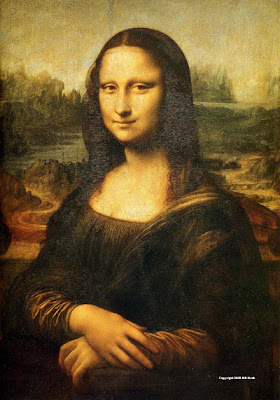 Some clever person could come along, remove my notice, (see empty lower right corner)
and then do this to my image and claim that my work was orphaned. 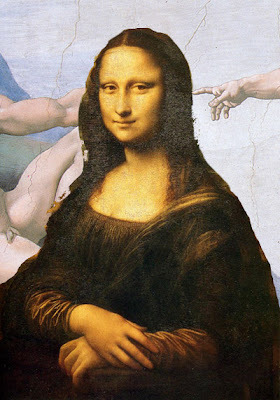 Now, with the Mona Lisa, it's pretty obvious who did it, it is only the most famous painting in western art history, but what if it was something less well known, like a drawing done for a friend, or an illustration done ten years ago, or whatever. If not immediately known by the public as a stolen/infringed upon work, it could be easily used by someone else, someone who didn't own the rights to use it or even bother to find the artist who made it and pay them for the use? If this sounds like an impossible thing, I can tell you from first hand experience that I have seen my work cut out of magazines and glued to another artist's canvas, I have seen drawings I did years ago on other people's myspace pages claimed as their own.
If you want to help fight this bill, please click here, fill out a letter and send it to your representatives. Tell whomever you know to write a letter to their reps and ask them to oppose these bills.
Thanks,
Bill
Posted by Bill Koeb at 1:21 PM 1 comment:

At school on Thursday, the chair Gabriel was leaning forward on slipped out from under him and his head hit his desk. The result was a shiner on his left eye. Although worried at first, we soon discovered that he was OK, and are watching the changes in color around his eye. 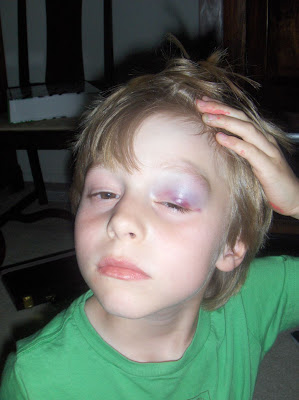 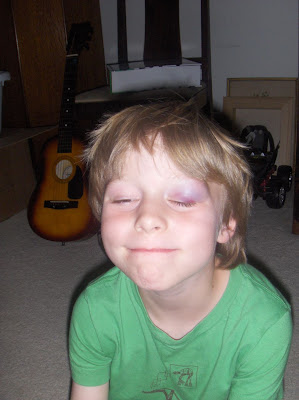 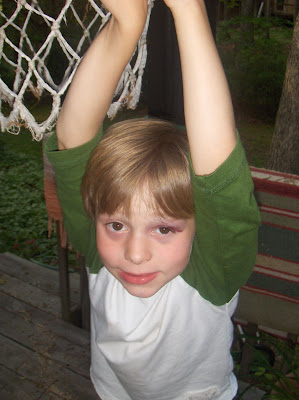 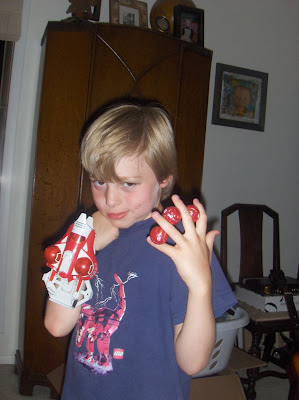