Book for sale on Etsy

20 Copies of my book, "Rememory" are for sale on my Etsy shop. Each copy is signed and includes an original drawing on the title page. This 64 page hardcover book was published in 2003 by Cartouche press and contains illustrations, paintings, monotypes, and drawings from my journals. 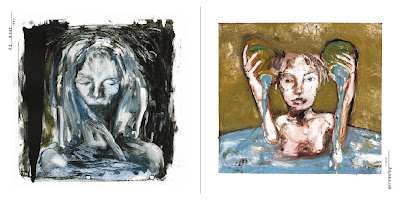 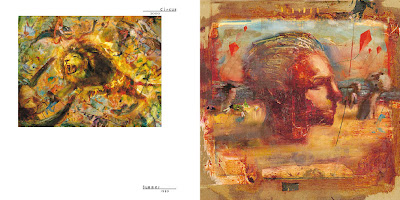 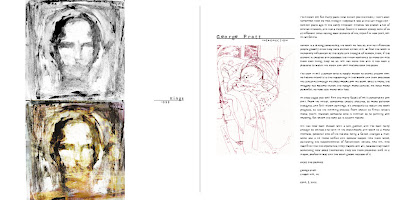 Last week I drove down to Sarasota to see my friend George Pratt and check out the Illustration Academy. It was a fun trip. George is one of the smartest, funniest, and most honest people I know. Though he's been down there for a couple of years now and we haven't gotten together in a while, it was as if no time had passed. We were sharing stories, art and friendly jabs like we had when he was living here in Chapel Hill. One thing I like about George is that he is the same with everyone. His mind is extremely fast and he has insightful comments on any subject. His critiques of the students' work were right on the money and he never hesitated to help one out at a moment's notice. His fast mind also makes him incredibly funny. He can find a way to make you laugh at yourself despite the embarrassment you feel at the point of his sharp witted and often crude humor. If he makes fun of you, it is a sign of endearment and respect. He takes as god as he gives and holds no grudges for being on the receiving end of a good jab.

The other instructors at the academy that week were: John English, Jon Foster, Doug Chayka, and Brent Watkinson. All very talented and smart people, who exhibited a level of care and commitment I have seen in only a handful of instructors. They worked with the students late into the night to help them resolve issues with their sketches and value studies for the first assignment, and never refused to take the time for the students who came by the illustration office after class to get some feedback. I arrived during a critique, and though I was hesitant to give my input, when I did, it was appreciated and welcomed by both instructors and students. I don't even know if the students I spoke with know my work, I could have been the janitor, as George pointed out.

Many thanks to John, George, Jon, Doug, and Brent for allowing me to visit, and making me feel like I was part of a family.

Here are a few of the photos from my trip. Check out their site, check out the artists' sites. What ever level you are at in your development, you will find something of great value in their program. 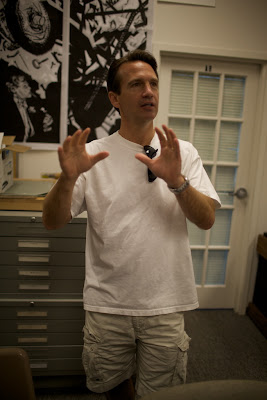 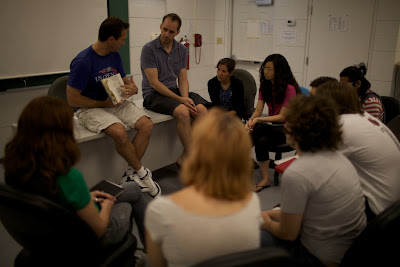 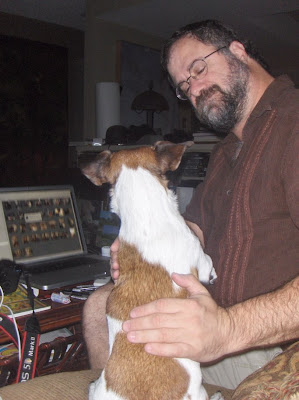 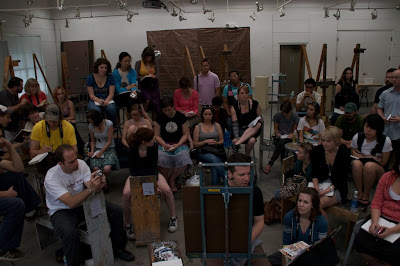 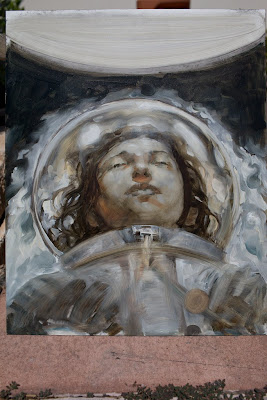 I drove down to Sarasota yesterday to visit George Pratt and check out the Illustration Academy. I will post a longer entry later, but briefly, I want to say that it is one of the best learning environments for artists that I have seen. The instructors have been looking at thumbnails for the past couple of days and giving the students honest and constructive feedback and really working hard to help everyone work out issues with their sketches and reach solutions. It is very hands on and they have generously let me throw in my two cents and give the students feedback.

I highly recommend the program for any art student who wants to get the most out of their school experience and really get to the heart of making pictures.

To learn more about the program, check out their site. Illustration Academy
Posted by Bill Koeb at 11:07 PM No comments: