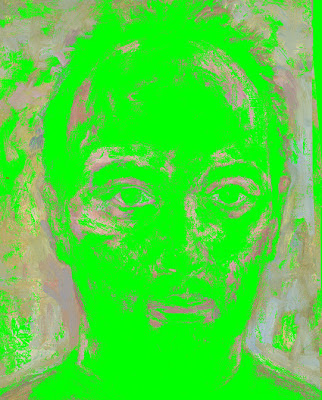 I recently read that the artists who create special effects for movies do not receive an equitable take of the profits and often fall victim to bad contracts. I am in solidarity with these artists and those artists everywhere who enrich our world but suffer from shrinking fees and work for hire contracts. Without these artists, there would be endless columns of text in your magazines, there would be an actor speaking lines to nothing on a plain white set, there would be no animated films, no murals, not frescoes, no busts, museums, nothing to remind us of our inner beauty or to tell us that our view of the world can be altered and enlivened by the experience of seeing art.

Special-effects artists picket Oscars, demanding a ‘Piece of the Pi’

The Academy Awards ceremony is Hollywood's biggest celebration, but not everyone is in the mood to party.
As the stars begin to arrive, hundreds of visual effects artists are staging a protest outside the Dolby (né Kodak) Theatre, claiming they're being cut out of their share of an increasingly lucrative market.
The recent bankruptcy of Rhythm & Hues Studios, the effects house that created visual magic for "Life of Pi" and "Snow White and the Huntsman," has called attention to the financial struggles of those whose digital skills help drive some of the industry's biggest films. (The Rhythm & Hues bankruptcy has also led to 250 layoffs at the company.)
With "Life of Pi" considered a lock for the Best Visual Effects Oscar, employees of Rhythm & Hues and other effects companies are staging the "Piece of the Pi Protest." They hope to bring to light the discrepancy in earnings between studios and the below-the-line artists.
Scott Ross, who was a top manager of Industrial Light & Magic and a founder at Digital Domain, started the ball rolling with a tweet: "I had a dream, 500 VFX artists near the Dolby (Kodak) theater on Oscar day waving signs that say 'I Want a Piece of the Pi Too.'" Since then, the plan spread online, with protest organizers launching a Facebook page, and some investing in a banner that will be flown by a plane over the theater during the red-carpet ceremonies, reading "box office + bankrupt = visual effects vfxunion.com."
While unions are generally still strong within the film industry, efforts at unionizing effects workers have met with resistance. Today's protests have the support of the International Alliance of Theatrical Stage Employees, the leading union for motion picture technicians. Steve Kaplan, an organizer with IATSE's Animation Guild, says in a statement, "We understand the plight of the visual effects artists and support any meaningful changes in the industry to bring about positive standards and workplace conditions that would benefit them."
Will the protests work? So far, there has been no discernible interruption with show arrivals. But since 39.3 million people watched the Oscars last year, if a fraction of those people get word of the protests, it could increase visibility of the effects artists and their cause far outside the movie biz.
Posted by Bill Koeb at 8:56 AM 1 comment: 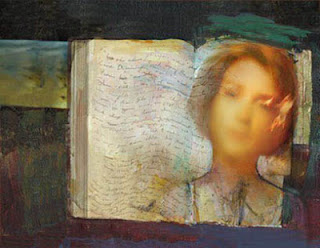 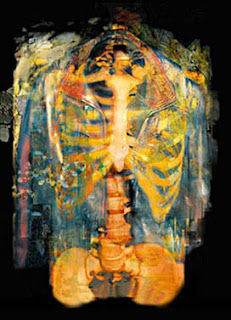 For lack of a better name, I call this Roughneck. It's a study I started and may get back to some day. 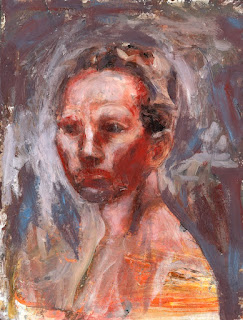 Girl On A Bench 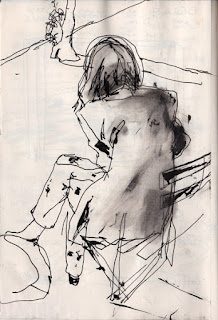 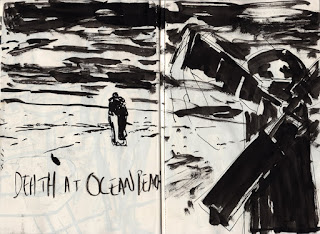 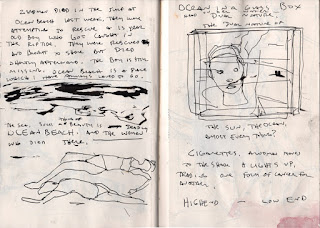 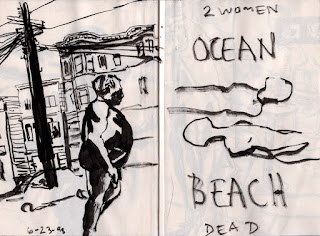 I heard a story some years back about two women whose bodies were found on Ocean Beach in San Francisco. They were attempting to rescue a drowning child. Only three miles from my flat,  I rode my bike to Ocean Beach several times a week and the thought of a body found there was too close to home and horrifying.
Posted by Bill Koeb at 11:58 AM No comments: 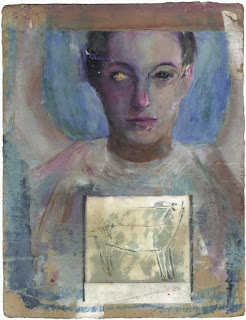