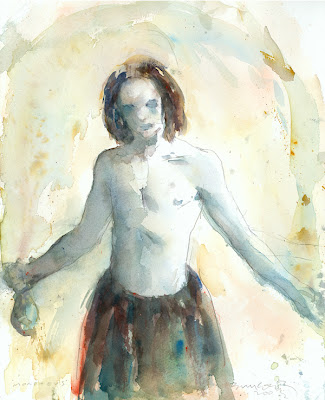 I want to wish you all a happy new year. Thank you for taking the time to read my ramblings, peruse my work, and leave your comments. 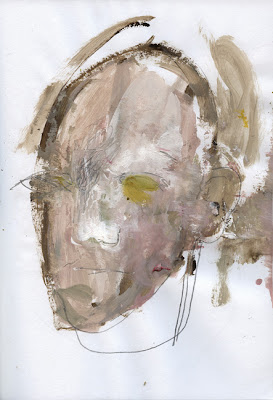 This is a quick "accidental head" from my journal.
Posted by Bill Koeb at 11:50 AM No comments: 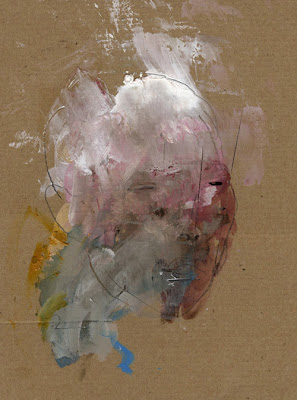 This head came about after using this (above) piece of cardboard as a palette this weekend.
Posted by Bill Koeb at 9:04 PM No comments: 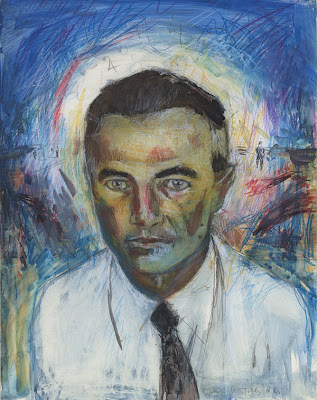 I have been working on a series of portraits for about the past 8 months. I am interested in people who have been vilified, and admired at different points in their lives, often for the same reasons. It began as a few portraits of people whom I admire. I was aware though that the people I was choosing, as much as I like them, are also controversial in that many people dislike them and some even hate them. This prompted me to look at those whom I like and dislike and those who have been considered heroes or villains depending upon the point of view of the historian.

This is a work in progress of J. Robert Oppenheimer, the man whose work as director of the Manhattan Project led directly to the creation of the atom bomb and later, the hydrogen bomb. It is based on a photo by Arnold Newman, but I hope to push it in a direction that is less photographic and give it more life.
Posted by Bill Koeb at 9:26 AM No comments: 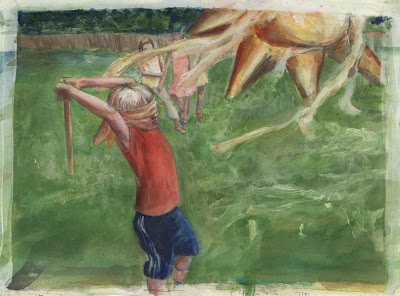 This is a piece I did earlier this year as a portfolio piece on environmental issues. Originally, it was a piece about my son hitting a piñata at a birthday part, but I saw in it something about the resistance of our country to using environmentally safe energy sources. The piñata became the sun, which, to me suggested the idea that resistance to using solar energy, a free and safe energy source, that provides all the light and heat in our solar system is a little like trying to blot out the sun. Any comments or feedback would be welcome. 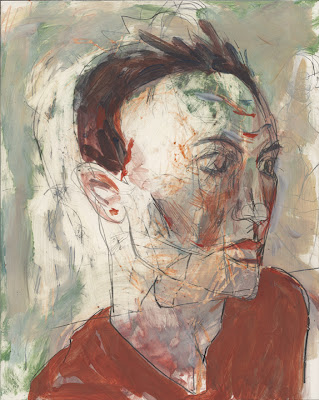 This is a study I did this week of Egon Schiele. It was done in an intentionally Schiele like manner, more based on his self portraits than any photo of him.
Posted by Bill Koeb at 1:41 PM No comments:

I have several copies of the book of my work, Rememory, published in 2003 by Cartouche Press. It retails for $27.00, and I am offering them for $30 (to cover postage) along with a personalized sketch. Please contact me if you are interested.

Here is a link to Cartouche Press' website
http://www.cartouchepress.com/

And some of the pages of the book. 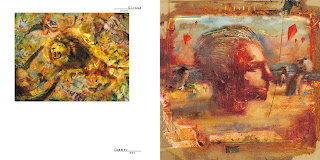 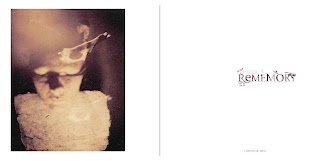 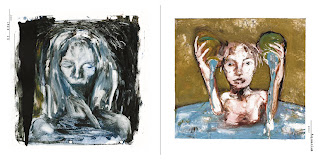 I get regular emails from UNICEF regarding the well being and health of children around the world. If you have a moment, please go to their website and if you feel the urge, donate some money to them. They are an organization that has been doing good in the world for more than 40 years, and can always use help.

Bill Koeb
Posted by Bill Koeb at 7:14 AM No comments: 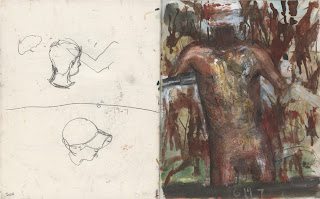 I just updated my site with a new show of journal drawings and a new mail form at the end. Please stop by and check it out. I have been drawing in journals for the past 20 years or so, and have been thinking of postng some of the better pieces. Please let me know if you would like to see some of of them.

These are some recent journal drawings. I will be posting more of these on my website, www.koeb.com.
Thanks for looking. 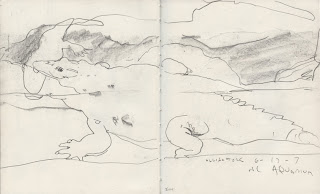 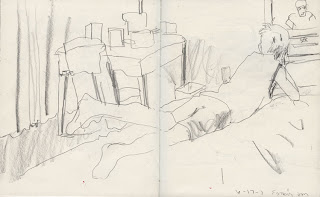 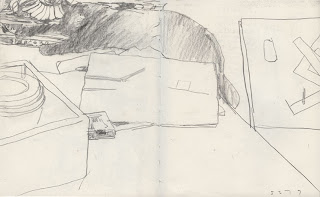 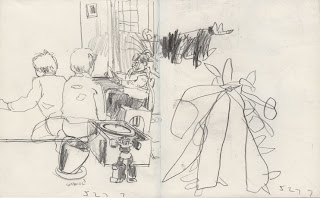 I heard today that a fellow artist, Mike Wieringo passed away on Sunday, August 12.

I didn't know Mike, but we had friends in common. Other local artists who work in comics, and share a passion for drawing and storytelling. He was only 44 years old, too young.

I knew his work a little, and liked it. It was different than mine, a lot more kid friendly, and full of life and fun. I showed some to my son, and he really liked it too.

Here is a sample of his drawing, to see more, go here: http://www.mikewieringo.com/ 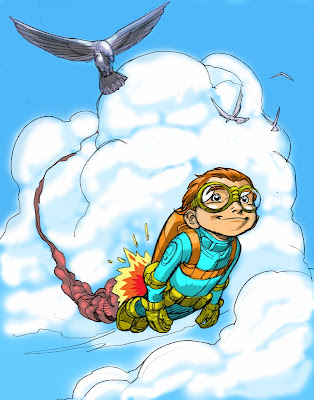 A few years ago, I bought a plastic, medium format camera and some film from a graduate student at UNC. These are some of the photos I have taken over the past two years with this camera. 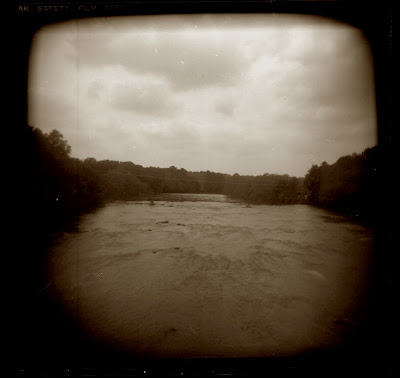 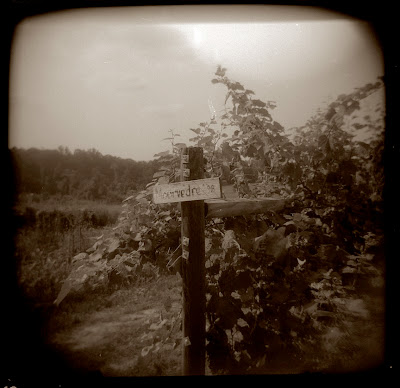 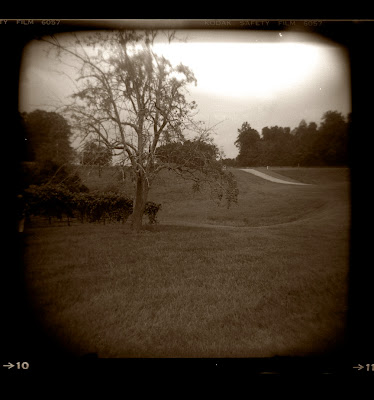 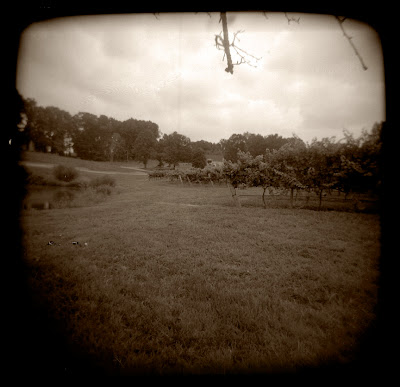 Memories of my Father

Today is August 12, 2007. It is the 14th anniversary of the day I heard that my father had died. It is also the first year when I did not realize that it was the day until it was almost over, and then, only because I am sitting at a computer writing a blog and the date popped up on my screen when I posted it.

My dad had four children, three of us remain alive, two of us have children of our own, only one of these children was seen by my dad. For all of the differences we had and problems, i would like for one day for my son to be able to know my dad. If only for an hour or so.

My wife's father died almost two years ago. Gabriel only saw him a few times, but has memories of him. Thankfully, our mothers are still alive and he gets to see them once in a while. Though we live 3,000 miles from them both, they are active in his life and interested.

I have been thinking about the war in Iraq lately, but, who hasn't?

I keep hearing reports about the Iraqi government needing to "Step up to the plate" and "Take a stronger role."

What Iraqui government? The one our military dismantled when we invaded the country? The one that was set up by the US? It is understandable to hear the Bush cronies spew out BS about the Iraqui government needing to take a more active role, but when I hear the Democrats and the news people using the same terms, I want to vomit. This is a country that had apparently no connection to the September 2001 attack on the World Trade Center or Pentagon, had a government that was supported by Bush Sr. and Reagan, even after the leader ordered and the military carried out the murder of his own people, but that was ok with those presidents because he was, "on our side in the war against Iran." (Iran being another country we supported with arm's sales) This was a country, that was also considered an enemy of the people who we thought were responsible for attacking us. So, why did we invade them?

What I was thinking was this: Basically, we got into a war, or an invasion of the wrong country, and now, after destroying its infrastructure, economy, and killing many of its people, we don't want to be there. The president made a mistake, and the Iraquis and our soldiers suffer for this mistake. So, the question is, who is paying, will pay for this mistake?

If we leave, it will most likely lead to bloodshed. If we stay, the bloodshed will still be there, and will have new blood on our hands on a daily basis. So, who is going to pay, who should pay, for the folly of an administration that thinks it is OK to spy on its own people, thinks that its staff has some kind of immunity from the legal system, and continues to spew out lies and slogans and buzzwords to perpetuate an agenda that is very dangerous to us all?

I changed my site this week into a rotating gallery. I am showing series' of works on a related theme. The first is a series of anti-war pieces done over the past few years. Please come by and take a look. The site requires Flash Player to view, the url is:http://www.koeb.com
Posted by Bill Koeb at 3:53 PM 1 comment:

I was feeling nostalgic for San Francisco this morning due to a dream I had last night. I recently saw a program bout Google Maps' Street View, and used the map to look at my old home. It's funny how much prettier and shinier it looks than in my memory. No overcast skies, no fog. Many of the places I frequented are still there: Pearl art supply, shops on Irving St., restaurants all over the city, and the homes of friends. Sadly, some places seem to be gone, or I am misremembering where they were.

There are days, like today, when I feel like I would like to move back there. Then I think about the parking, and expense of school for Gabriel, and where exactly we would live. Still though, San Francisco is a special place. For all of my memories, for all that happened there, for meeting so many great people, for going through so much, I will always think of it as home.
Posted by Bill Koeb at 8:56 AM No comments:

Regarding the Steven Heller Podcasts, they can also be found on his website, www.hellerbooks.com.

What really amazes me about Mr. Heller, is not that he has been an art director at the NY Times for so long and done such beautiful work, not that he is the co-chair of the design program at SVA, and not even that he has written over 100 books on graphic design and the visual arts. What amazes me is that he does all of these things, and took the time to email me regarding my interest in Robert Weaver, and aswer some questions I posted on an AIGA message board. How can someone do so many amazing things and still find the time to help a stranger? I can't say enough good things about Steven Heller.

I am listening to a really terrific and touching lecture series of podcasts by Steven Heller for the Shcool of Visual Arts. Right now, it is chapter three of a four part series on book covers form the 1920'2 and 30's. These are a worthwhile series of lectures and really should be heard and seen. If you want to learn some valuable things about the history of graphic design, the designers themselves, look them up on Itunes and sit back and enjoy. Kudos to Steve Heller
Posted by Bill Koeb at 3:09 PM No comments: