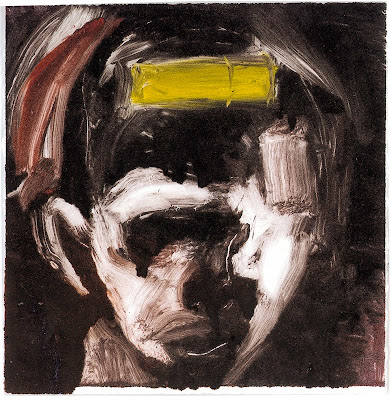 My thoughts on this Memorial Day turn to both the soldiers who have fought in wars and the people who live in places where war has become part of their daily life. This piece is one I did a few years ago in response to a story I read about unexploded US cluster Bombs left in Afghanistan and the children who found and played with them, often losing limbs or dying as a result. THese devices were referred to as, "yellow canisters of death".

According to the head of the International Committee of the Red Cross (ICRC) in Afghanistan, Pierre Wettach: "Millions of such devices are scattered over hundreds of square kilometers of the country. This legacy of 23 years of conflict has a terrible impact on the civilian population."
Posted by Bill Koeb at 3:01 PM 2 comments: 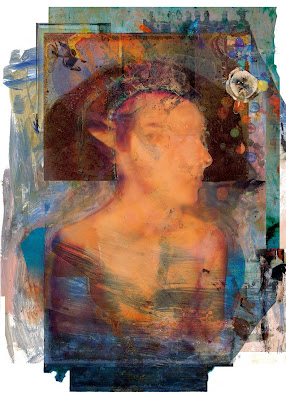 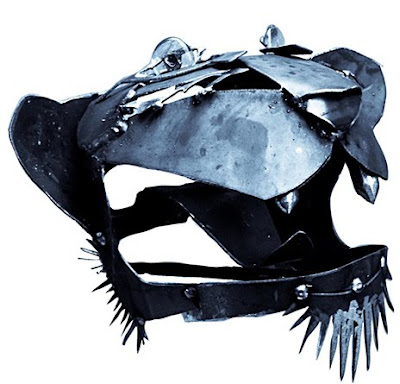 I was contacted recently by a talented metal sculptor named Mike Steele to design his website. He wanted a minimal, clean approach and had photos of just a few pieces. I wanted to give him a site that, though minimal, would showcase his work and allow for expansion.

Mike is a great guy, and available for custom metal work like benches, bars, and other furniture, and does really beautiful individual sculptures.

If anyone likes the site and is interested in seeing more work or would like to discuss a project, please email me at contact@koeb.com. To see another site I had a heavy involvement in, go to spalenka.com
Posted by Bill Koeb at 11:15 AM No comments:

About ten years ago I was working on a series of illustrations for a Fireman's Fund ad campaign. The theme of the campaign was freedom to risk. There were full page ads and a series of smaller, spot ads that ran in magazines around the country. Some ads ran in trade journals, while others ran in national publications like Newsweek or the NY Times Sunday magazine.

The images below are from the second set of full page ads. They are, top to bottom, my original piece and the subsequent revisions requested by the client. It is always challenging to have to revise something once you have done it. Luckily, the real changes were limited to the main figure, and not the overall composition. If I remembered all of the comments, I would list them with the images.
version 1 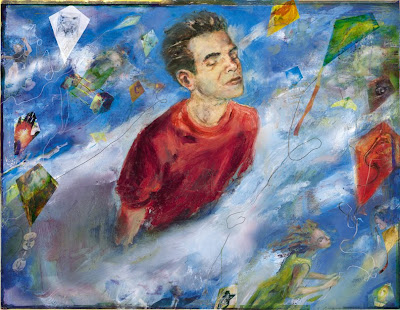 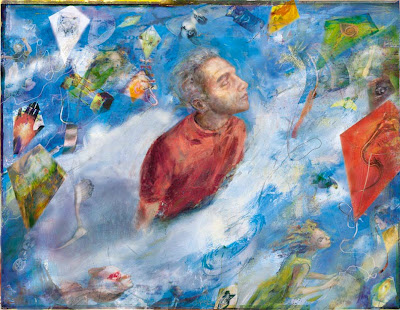 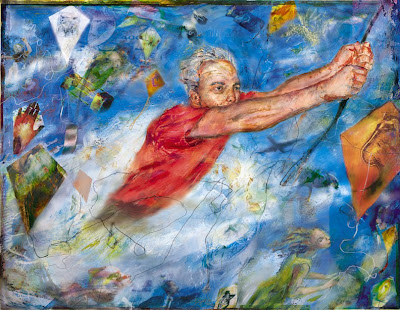 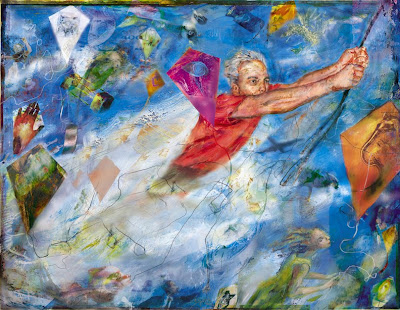 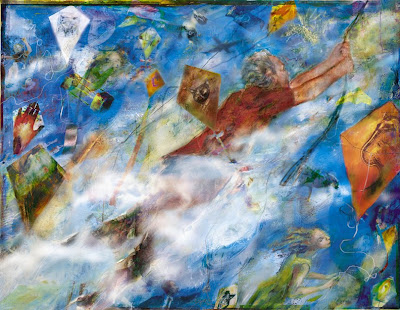 My recent portraits of Roger Daltrey and Pete Townshend are now available on my Etsy page.
Posted by Bill Koeb at 9:09 AM No comments:

Late last night I couldn't sleep, so I sat down at my drawing table and did some drawings from some reference I had around, and some from my head. The reference was a starting point. In most cases I changed things, or added what I thought was needed to make the drawing work. For example, the drawing of Pete Townshend was from a photo of him looking straight at the camera. 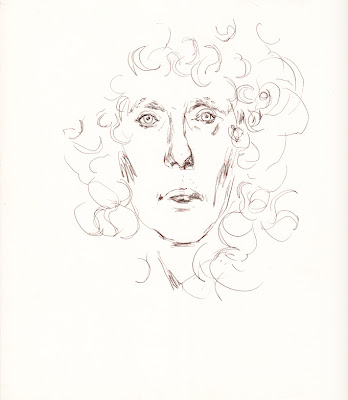 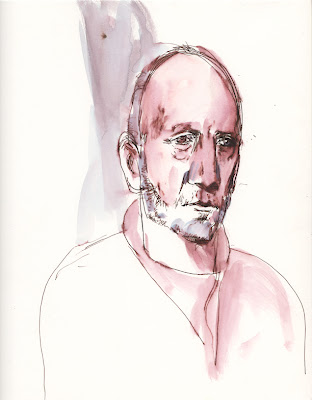 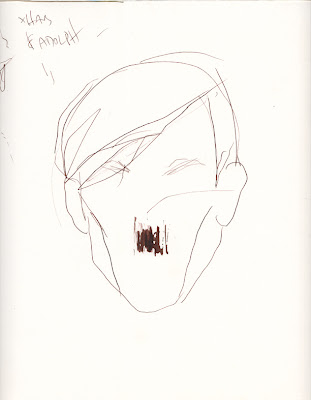 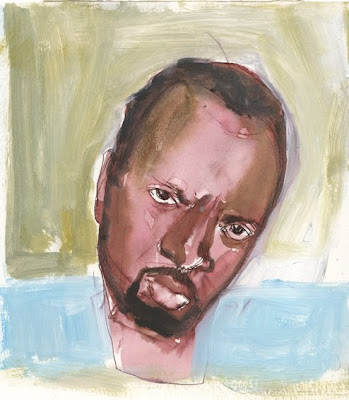 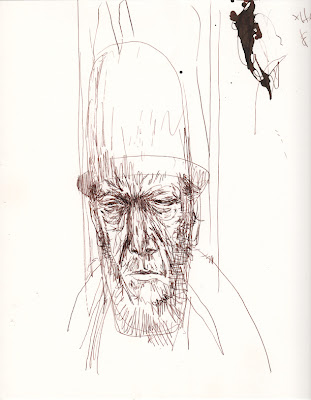 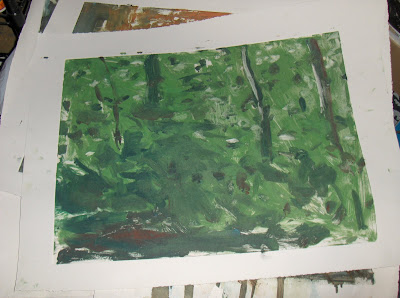 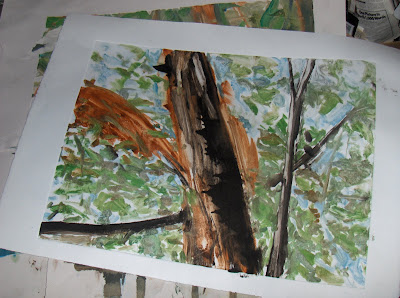 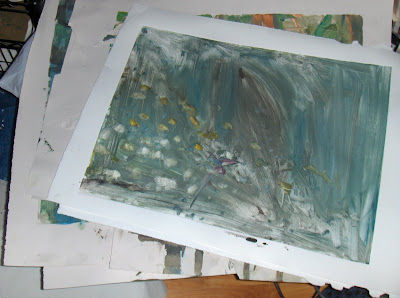 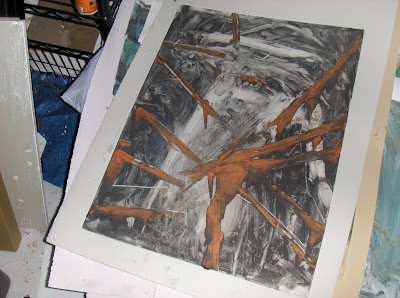 Here are a few pictures of some recent prints. Some turned out well, some didn't.
Posted by Bill Koeb at 2:36 PM No comments:

I am plagued by the question, what do I paint? Also, how can I earn a living off of what I do? It has been a year since my position at GCF ended and almost nine years since I have made a steady living as an illustrator. Things that used to interest me have shifted, or rather, my interests have shifted. Is it depression, or just that my interest in making pictures that are like pictures I made in the past is gone and I have no idea what I want to do? The victims work, the anti-war work I did is really not easy to do or to sell. I am drawn to the idea of painting more pictures of my son, but that is not going to help me make a living. I think I finally realized that paintings I want to do really have no meaning other than that which viewers attach to them, and that I am not interested in pushing ideas or points of view onto viewers.

As a graphic designer, I have worked on books, websites, catalogs, signage, posters, CDs, and a slew of other collateral. I think a redesign of my website is in order. For the past 8 years I have been living in Chapel Hill, NC, and see people much less often than when I lived in SF.

The last decent graphic novel project I was working on, an adaptation of "Something Wicked This Way Comes" by Ray Bradbury went nowhere when the publisher declared bankruptcy.

Anyway, just some thoughts and things going on in my part of the world.

PS It's not that making a living is the only important thing, or motivation, but without a living, I am unable to really get to anything else.
Posted by Bill Koeb at 10:15 AM 2 comments: