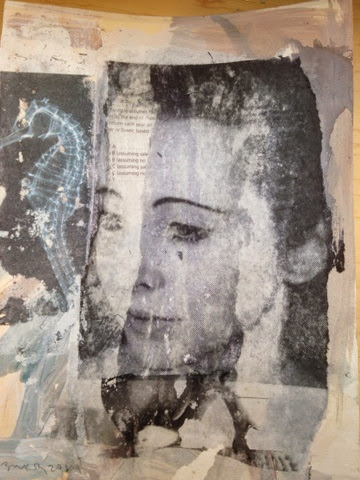 I've been working lately on a series of transfers. Images from magazines and newspapers painted on with either gesso or gel medium and pressed against watercolor paper via my etching press or burnished by hand. 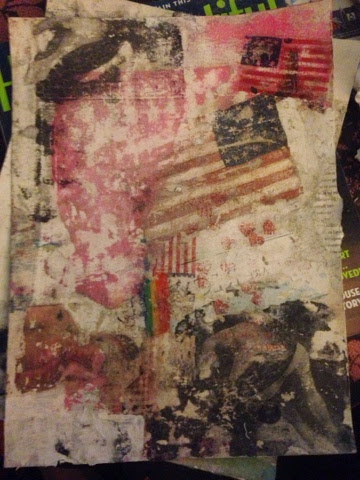 I began the series in response to ink drawings labeled "#inktober" that artists were posting on Facebook and Instagram and though I often draw with ink I wanted to find a way to make ink drawings without drawing anything. Meaning, I wanted the pictures to be made with ink on paper but find a way to come about an image without drawing it.
In part, I was inspired by Robert Raischenberg's silkscreen images and transfers and the first one I did included a sculpture he made with chairs and steps (sculpted with found objects and not by his own hand) and his name. Both his name and the chair image were in an article in his recent show at the Nasher and the piece was sort of a love letter to his work. 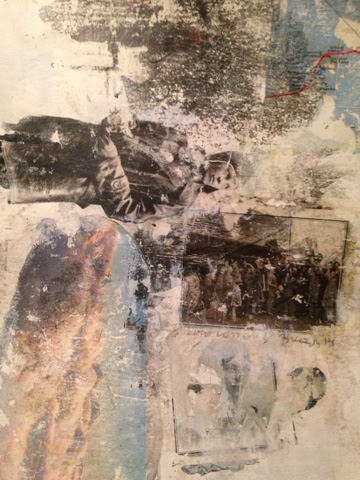 In making these I have found some ways to present images that I might not ordinarily draw and it had been a learning experience in design, juxtaposition of images and what these images might mean on their own and together.
The #inktober idea was to make one image for every day of October. Though we are in November, and I'm only up to about 12 or so, I hope to continue until I've reached 31. I hope you enjoy the results.
Posted by Bill Koeb at 2:19 PM